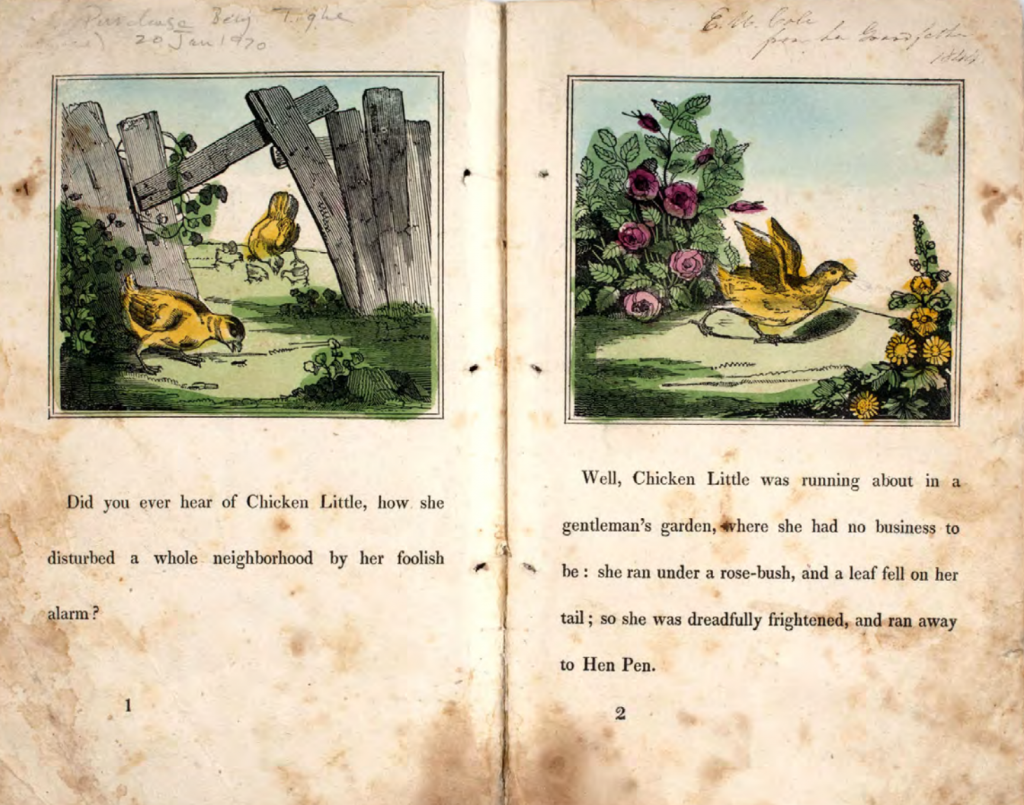 First two pages of the 1840 children’s illustrated book: The Remarkable Story of Chicken Little, who sounded the alarm for all to hear.

If you are running Windows 7 or worse yet Windows XP – You need to upgrade!

In the last few days we have had several incidents where customers have lost their web sites and identities by ignoring security warnings.  You wouldn’t leave your car running in a busy place.  You wouldn’t wander around with your eyes closed on a busy highway.  Why would you leave your wallet open on the desk by running outdated software?

The retort I have heard is, “I’ve been running that for years.  I don’t believe that it suddenly became insecure.” – This is true!  It didn’t suddenly become insecure.  It always was insecure.  What changed is that criminals learned how to take advantage of it.

And no.  I am not chicken little.  But the sky will fall on you if you pay no attention to security.  Sooner or later.  Usually sooner.  It’s a fact.

If you can’t afford the (yes, ridiculous) price of Windows software, run Linux.  It’s FREE.  Most people don’t need to run anything which requires Windows.  The vast majority of the Internet runs on open source software like Linux not because it’s free, but because it’s better.  It is virtually always more secure due to it’s development history.