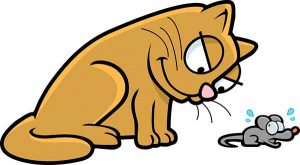 Normally I try to avoid warnings which you might call Alarmist.  People tend to get numb to them so it’s best to save them for special occasions.   This is one of those occasions.  Actually it’s not so much an occasion as a sudden realization that it’s time to speak up.

There has been a steady erosion of privacy on the Internet over the last 5 years.  Most people I’ve asked have shrugged it off as not important.  When pressed, I get responses like, “Oh wow!  I didn’t know that.  That’s creepy”.  Most people seem to have no idea what’s happening, how it works and how it affects them.

When I went looking for graphics for this post, I clicked on the little “i” next to the URL in the address bar. Cookies: 17 from this site, 45 from other sites. Try that a few times. You’ll be surprised.  That 45 from other sites? It is bits of marketable information, where you’ve been, what you’ve looked at, what you’ve clicked on.  It’s for sale.

Every tiny little bit of improvement in targeting translates into reduced cost per sale.  The reason is that conversion rates are almost always low.  For example, you might be selling widgets by paying 25 cents every time someone clicks on an ad and goes to your site.  If 1% of those people buy your widget, it costs $25 per sale.  But what if you could buy better targeted clicks for 35 cents and 4% buy your widget?  Now your cost per sale is $8.75.  The companies selling information about you are making serious money by doing so. Very serious money.   It’s not just Google either.

Those 45 cookies told a bunch of other companies when and where I was and what I was doing.  I have no idea where it went and what it will be used for.  My ability to manage my identity was taken away.  This happens all the time.  Bit by bit, you get revealed and exposed.  So much information spills out that a fine grained portrait of you gets created and you have no control over what it looks like.

That’s just the marketing side, the growing ability to heard the sheep toward the most expensive pastures.   Try doing a search for, mining big data.  The potential for abuse is gigantic.  Information is power.  What gets revealed about us and the conclusions drawn from it is going to shape the future.   Do we really want to passively give the future away to the highest bidder?

Do you care?  This is avoidable.  Stopping the leaks takes some effort.  Is it worth it?  Does it matter?  I’d really like to hear what you think!